Warning: Illegal string offset 'classic' in /home/istrtcne/public_html/wp-content/plugins/easy-fancybox/inc/fancybox-classic.php on line 309
 Island Trader Vacations Reviews How to Spend a Day or More In Dayton 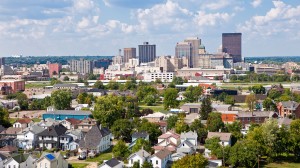 The city of Dayton Ohio may not sound like a destination you would consider however, spend a little time learning more about what they have to offer and you will likely find yourself wondering what took you so long to find such a fantastic destination for travel. Island Trader Vacations invites you to come with us as we take a closer look at the history of this great city and some of the sites you won’t want to miss when you visit.

The city of Dayton is the 6th largest in the state of Ohio and is home to over 140,000 residents. Within the combined Dayton-Springfield-Greenville statistical area, there are over 1 million residents making it one of the 50 largest statistical areas in the nation. Firsts founded in 1796, Dayton was finally incorporated as a city in 1803 not long after Ohio was admitted into the Union. Named after Jonathan Dayton, a captain of the Revolutionary War, Dayton has long been considered a leading city of invention. Most noted of all inventions from the region are those relating to aviation thanks to the renowned Wright Brothers who were from Dayton. Today, Dayton is considered the birthplace of aviation and thanks to this, hosts many unique area attractions relating to the birth of modern aviation and so we begin our journey into the top attractions of the region.

We begin with perhaps the most well known attraction in Dayton, the Dayton Aviation Heritage National Historic Park. Recounting the lives and inventions of the Wright Brothers and Paul Laurence Dunbar, this national park site includes photos, exhibits and even a full size replica of the Wright Brothers 1902 glider.

Another site you won’t want to miss relating to our aerial history is the National Museum of the U.S. Air Force. Called the largest and oldest military museum in the world, it explores the history of aviation and includes exhibits which begin with the earliest years and continue throughout America’s history including the Korean War, WWII and even into space.

Though not related to our aerial history the Boonshoft Museum of Discovery, another top attraction, is historic in nature. Directed toward kids but great for anyone who likes to learn, this museum features a children’s museum in addition to a zoo, planetarium and observatory.

Of course, Europeans were not the only residents of the area. Long before it was settled by Europeans, Native Americans called this area home and the Sun Watch Indian Village tells their story. A 13th century American Indian Village, it allows you to step back in time and learn more about these first residents through archeology and living history as well.

Parks, homesteads, art museums and so many other area interests make Dayton a destination worth exploring. Plan a trip to Dayton and find out what you have been missing.