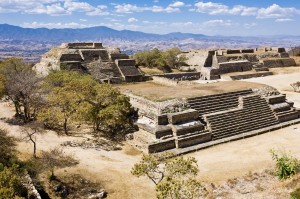 Defined as the New World by its first European explorers in the 1400’s, North and South America have a history which predates this arrival tens of thousands of years. While most think of the U.S. as fairly young, in truth, sites and historical areas of significance can be found throughout many parts of North and South America which dated back as far back as the days of the dinosaurs. If you enjoy history and are looking to do some exploring in the New World, Island trader Vacations invites you to review three of the best.

Dinosaur Provincial Park, Alberta, Canada – A UNESCO World Heritage Site, this park is located just a few hours drive from Calgary. Situated in the Red Deer River valley, it is well know one of the richest dinosaur archeological sites in the world many which have been found nowhere else.  Perfect for adventurers of all ages, there are plenty of kids and family programs as well as tours and events catering to those a bit more “mature”. Guided hikes and tours for example offer you the opportunity to really get to know more about the area and its historical significance. General bus tours and family programs and quite relaxed while enriched learning programs and guided hikes offer the opportunity to truly experience the area first hand.

Monte Albán, Oaxaca, Mexico – Another UNESCO World Heritage site, this site located in Oaxaca are believed to date back to 500 BC and span for another 1500 years. Site of one of the oldest Mesoamerican cities in the world in addition to a number of historic monuments and civic ceremonial centers, this ancient city and the surrounding region is believed to have dominated the entire region in its time. Protected for its outstanding universal value, it represents the singular evolution of a region inhabited by a succession of peoples: the Olmecs, Zapotecs and Mixtecs according the WHC. Visitors here can enjoy the history of the site, as well as learning more about the site at the nearby Regional Museum of Oaxaca.

Hueco Tanks State Park & Historic Site El Paso Texas – While this site may be more famous to climbers as it is home to some of the best climbing in the United States, its history is a story of its own. While visiting this area, visitors need only spend a few minutes really looking around to see the historic significance of the area. This area is known in history for its significance to early travelers including those who lived or traveled throughout the area thousands of years ago. Cave paintings can be found on rock walls throughout the site. A significant site in terms of early native American’s in the area, it’s rock walls tell much more recent stories as well in the form of “graffiti” from early settlers in during the Salt Wars, another unique and interesting part of America’s history.