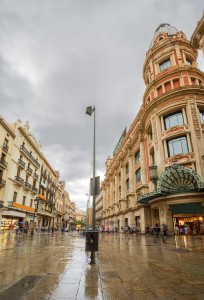 While in most cases you can expect to have sun when visiting in Barcelona, even in destinations such as these who are known for their overwhelmingly pleasant weather, a little rain is likely to fall especially during certain times of the year. While many of Barcelona’s top destinations and attractions are outdoors including its stunning beaches, parks and theme parks, many others are indoors making them ideal when the rain does come. Don’t waste time being disappointed at the rain when you travel to Barcelona, Island Trader Vacations invites you to review 10 things you can do during the rain in Barcelona.

Picasso Museum – a museum dedicated to Picasso, one of the most influential and well known artists in history, this is a museum you won’t want to miss rain or shine.

L’illa Diagonal shopping center – considered the best in the city, this massive mall is home to ver 170 shops, bars and restaurants and was known as the first superblock.

Barcelona History Museum – MUHBA is a city museum which tells the history of the region from the past to the present. It is also known for preserving and protecting other sites in the area.

Barcelona Aquarium – the largest Mediterranean-themed aquarium in the world, this popular attraction is located in Port Vell harbor and is home to over 11,000 animals and 35 aquariums representing 450 different species.

Hop-on hop-off bus tour – these tours are a great way to explore top sites and only get a little damp when its raining.

The cathedral of Barcelona – a popular attraction, this site dates back to the 14th century and is noted for its design and its gargoyles.

Tarragona – a lovely escape from Barcelona, Tarragona is a popular day trip to the beach for many from Barcelona. Rich in history, culture and vast architectural ruins, these are just a few of the reasons to make this an escape from the much more crowded Barcelona.

Petit Pau Restaurant – a great way to enjoy any day in Barcelona is to head to one of its many restaurants but on rainy days, you certainly won’t want to pass up a least a few of its many popular and exquisite restaurant options. The Petit Pau Restaurant is located in the Sants neighborhood and is a smallish bar type restaurant who caters to guests with local foods and seasonal cuisine including local dishes such as Pintada or roasted guinea fowl.

Remember that museums and other indoor attractions will be crowded on rainy days. Instead of finding yourself still standing in the rain, be sure to look into early ticket purchase before you go.

Don’t let a little or a lot of rain ruin your trip to this beautiful city. Plan ahead and have the vacation you deserve.