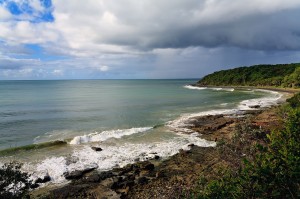 2nd largest and third most populous state in Australia, Queensland is well known for its natural beauty and for its outdoor destinations and activities. Bordered by the Coral Sea and the Pacific Ocean, Queensland is home to wilderness areas, national parks, parks and gardens, rivers, lakes an waterways and even World Heritage sites as well. Home to one of the most well known outdoor destinations in the world, the Great Barrier Reef, it may be the most popular natural attraction but is certainly not the only location worth exploring. Take a look with us at two of the other lesser known but no less amazing natural areas to explore.

Noosa National Park – Located not far from Brisbane, Noosa National Park sees over a million visitors each year. Known for its beaches and its adventure activities, it is officially the most popular national park in Queensland. First recognized and protected in 1879 it officially became a national park in 1939. The park today protects not only large beach areas but pockets of rainforests with rare flower species as well as populations of many species of animals including Koalas, bandicoots, a variety of bird species and during migration, humpback whales.

Other must sees including the Great Sandy National Park known for its untouched beaches and rainforests, Capricornia Cays and Russell River. Home to more national parks than any other part of Australia, if you enjoy the outdoors, Queensland is a great place to be.